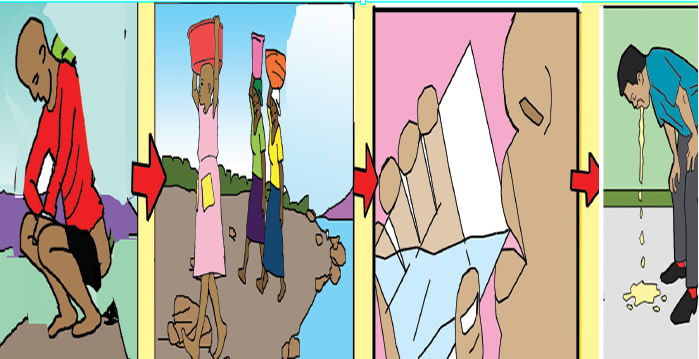 The Nigeria Centre for Disease Control has announced a total of 10,745 suspected cases of cholera, including 256 deaths, so far in 2022.

The NCDC disclosed this on its Cholera Situation weekly epidemiological report for week 39 posted on its official website, on Tuesday.

The report revealed that 31 States have reported suspected cholera cases in 2022.

In Nigeria, cholera is an endemic and seasonal disease, occurring annually mostly during the rainy season and more often in areas with poor sanitation.

“Borno and Gombe States account for 97% of 1006 suspected cases reported in week 39.

“During the reporting week, No Cholera Rapid Diagnostic Test was conducted.

“No stool culture test was conducted from all states reporting in epi week 39.

“Of the cases reported, there were 19 deaths with a weekly case fatality ratio (CFR) of 1.9 per cent.

“Of the suspected cases since the beginning of the year, age group 5-14 years is the most affected age group for male and female.