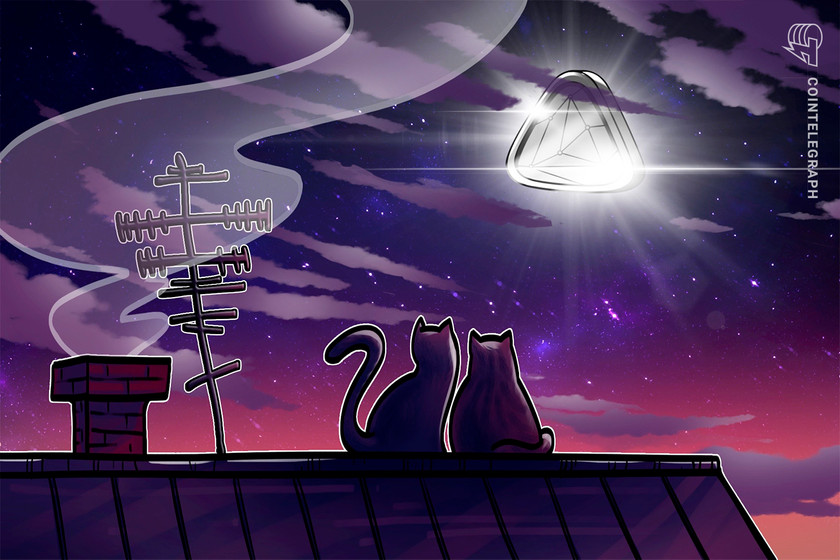 A dormant nonfungible token (NFT) wallet from 2017 with 141 CryptoPunks has been found to have minted the now ludicrously expensive NFTs for a possible $7 each.

Nonfungible token (NFT) sleuths have dug up an old wallet from 2017 that minted 141 CryptoPunks for 0.02 ETH, which was around $7 at the time when the project launched. According to the Twitter user Nansen Intern from the analytics platform the wallet is now valued at 11,300 ETH, or around $14.7 million at current prices.

The wallet has shown no activity since then leading to speculation the owner lost the seed phrase. The wallet is placed in the top ten in terms of CryptoPunks holders and many collectors are reportedly monitoring it in hopes of snapping up a bargain.

However, the wallet has had no activity since, for both NFTs and crypto (other than receiving fake tokens)

CryptoPunks was one of the first collections to launch on Ethereum with 10,000 unique NFTs. CryptoSlam reports that it has been the third-highest collection for secondary sales over the past month with a trading volume of $22.8 million,

According to OpenSea, which recently allowed users to submit bulk listings, rare CryptoPunk #9476 sold for a whopping $480,000 (370 ETH) on Oct. 17 proving that the pixelated punks remain popular.

NFT project Street Machine has surged in popularity and price despite a broader downturn in the market.

The cyberpunk anime series is a story-based collection designed by award-winning video game artist SpenzerG who was behind the popular PlayerUnknown’s Battlegrounds (PUBG) online shooter.

It is inspired by sci-fi, cyberpunk, and anime pop culture, centering around a sprawling story with an online graphic novel theme.

The collection launched on OpenSea on Oct. 7 and has since surged in volumes and average prices. There are 8,000 story character NFTs in the collection and the floor price is currently 0.473 Ether (ETH), approximately $620.

The team behind the collection aims to emulate the popularity of Yuga Labs’ flagship Bored Ape Yacht Club (BAYC) with branding, merchandise, and commercial rights for holders.

Extremely excited to introduce u to a few of our wonderful community leaders including 3 Street Council and 4 Street Watch members who will be welcoming you in later!

We selected these members for their energy, NFT and crypto experience, and love for anime!

Nonfungible tokens are not just for digital art as an entire house has been sold on OpenSea as an NFT. The South Carolina property was listed on Roofstock, a real estate technology company that combines NFTs with physical property.

Related: A slice of the punk: CryptoPunk NFT to be split into thousands of pieces

The three-bedroom home sold for 175,000 USD Coin (USDC) on Oct. 15. Tokenizing property has gained traction over the past year or so as it “creates frictionless transactions, simplifies the process, and makes information more readily available,” according to Roofstock chief blockchain officer Geoffrey Thompson.

A crypto-themed house with NFT art included has also been listed on social media for $1.2 million, according to Newsweek.

Metaverse platform Decentraland is set to host its second virtual music festival in November. The free event will be presented by Kraken and will showcase 100 artists including rock legend Ozzy Osbourne, DJ Dillon Francis, and rapper Soulja Boy.

It’s the second year of the Metaverses’ music festival, it’s inaugural festival in 2021 attracted 50,000 virtual party-goers over four days and featured around 80 artists.

Anime-themed NFT project Azuki has released a Physical Backed Token (PBT) which is an open-source token standard that connects physical items to digital tokens on Ethereum. According to the Oct. 17 announcement, the PBT intends to enable decentralized authentication and tracking of the full ownership of physical items.

The Solana-based Magic Eden NFT marketplace has shifted to optional royalties where buyers can set which royalties they want for a project. This could result in creators not receiving royalties when their artworks are sold and has split the community as reported by Cointelegraph on Oct. 17.