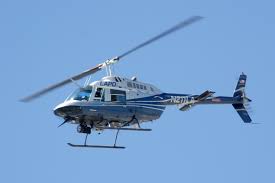 A private company, Naebi Dynamic Services Limited, is to monitor the records of helicopter movements in and out of Nigeria and assist the country to boost Internally Generated Revenue from the sector.

Speaking at a press briefing in Lagos, the Managing Director, Naebi Dynamic Services, Stanley Chike, said the firm was investing in equipment to monitor activities in the aviation and oil sectors across the country.

Chike said the firm was investing in a multinational control room centre, radar equipment and navigational facilities to monitor the activities in the two sectors and beyond.

He stated through the firm’s feasibility studies, it was discovered that fewer than 200 helicopters were in operation in Nigeria.

He said stakeholders in the aviation, oil, gas, and security sectors were in sync with the new initiative.

“Before we started, I noticed some lacunas in the system. We did a feasibility study, processed it, and forwarded such to the government,” Chike stated.

He added, “After that, we had the stakeholder buy-in in the aviation and oil sectors. I want to thank the Federal Government for implementing this after passing the law.

“As we all know, aviation is a global practice, and whatever is done in one country is replicated in another, including Nigeria. The IOCs (international oil companies) will not pretend that they don’t know this is the practice that happens in their own countries.

“But we went further to ensure that after the ICAO law, it is also enshrined in our Act. So, it is a law nationally and globally. In other countries, helicopter operators are charged per weight, but here, we have a common charge irrespective of the weight.”

He said the firm’s job covered offshore and onshore, adding that “we have over 200 heliports, more than 100 airstrips, oil rig platforms, aerodromes, FPSOs, helideck, and co., beyond the Niger Delta.”

Chike further stated that the company had trained and engaged over 200 workers who would soon be deployed to the field.

He noted that the consultancy would commence with Rivers State and extend to other states in the coming months.

He said the firm would build another multilateration equipment to support that of the Nigerian Airspace Management Agency to further enhance surveillance in the industry.

Chike said, “Our country has moved to the stage where we should have alternatives. Multilateration is not a radar system. Radar is to capture machines. So, we are building ours to complement whatever they have.

“We will bring in a lot of equipment to do this. We are building data for the government. Also, with this, you know you have improved the system. We are doing manual and digital systems.”