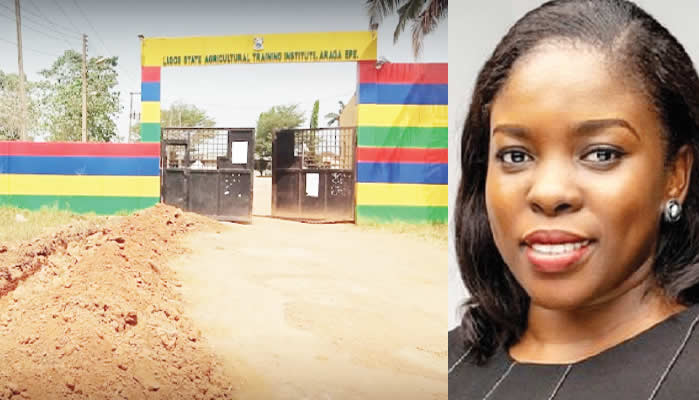 Some beneficiaries of an agric entrepreneurship scheme organised for unemployed youths in Lagos State have lamented being abandoned by the Ministry of Agriculture after the training.

While accusing the ministry of enslaving them during the training, they alleged that promises to provide grants and soft loans for them were not fulfilled.

PUNCH Metro gathered that the scheme, Lagos Agripreneurship Programme, was conceptualised by the state Governor, Babajide Sanwo-Olu, to create jobs, alleviate poverty and ensure food security through training and empowerment of women and youths in modern agricultural practices.

It was learnt that no fewer than 186 residents were selected across the state in October 2021 for the training, which lasted for a month.

Findings by our correspondent revealed that the participants were camped at the Agricultural Training Institute, Araga, in the Epe area of the state.

According to a post published on the Lagos State Government’s website, www.lapapplication.info, participants are expected to undergo a minimum of three months’ internship and a mentorship phase in their chosen value chains after the one-month camping at the institute.

The government also promised to issue certificates of participation and link successful participants to sources of finance for loan consideration.

The participants of the programme, however, accused the government of abandoning them after the camping.

They alleged that the government only used them to run the institute, adding that they worked every day on the farm from 7am till 5pm without being paid.

The youth explained that the government promised to give them an internship placement where they would be paid after completing the training.

They, however, lamented that all the promises made to them, including the certificate of participation and internship, were never fulfilled.

The former trainees said the government had started another campaign for the same programme despite not fulfilling the promises for the last beneficiaries.

One of them, Femi Elutinju, 37, said the state failed to empower the best 10 candidates who were promised certain benefits during the programme.

He said, “When they contacted me that I was selected, my hope was elevated and I thought that after the programme, I would have a business.

“They also promised to post us to a company where we would do internship and be paid N40,000 monthly. I had calculated how I would use it to set up a business. But my hope was dashed.”

Another participant, Oluwaseun Davies, said he lost his job because of the programme and had remained jobless since the government did not reach out to them.

Another youth, Alao Olawale, alleged that the Lagos State Government only gave them N5,000 as transport fares despite working full-time for a month.

Olawale said, “We couldn’t account for a single thing they did for us. Apart from feeding us, we worked on their farm from 7am to 5pm. We only had less than two hours break.

“Despite all these, the government only gave us N5,000 when we were leaving. They told us they would empower us, so, majority of us did the work with our full energy. It is over a year now, nothing has been heard from them.”

The Director of the programme, Adeyinka Omirin, said the government fulfilled all promises made to the participants.

Omirin explained that the ministry in charge of placing the participants on internship had issues with funds, which had been sorted.

He said, “There was a particular group that was linked to a graduate internship programme where they said they would be paying them N40,000. That programme is not under the Ministry of Agriculture; the programme is being run by the Ministry of Wealth Creation. Some of them were placed on the programme, but at the end of the first or second month, the fund for that programme got finished, and they needed to reapply to the governor for another money to be released so that they can pay them. That took some time, and I think as I am talking to you now, they have come back to complete the six months’ outstanding.

“The loan we are talking about, we are to just link them with the financial institution, which is NIRSAL. We have linked them up; it is an individual responsibility, nobody can do that for them.”