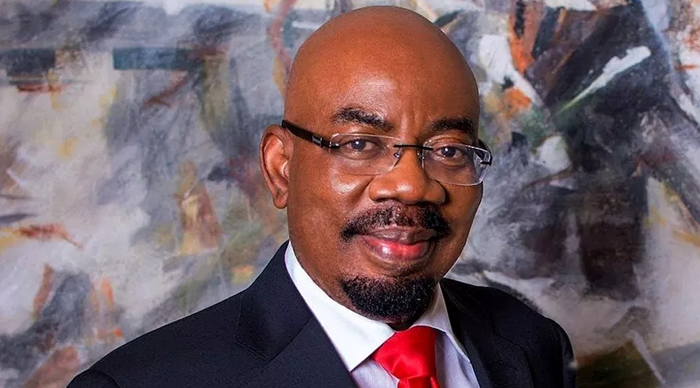 The founder of Zenith Bank, Mr Jim Ovia, on Tuesday, said the rate of brain drain in Nigeria was not a new phenomenon, but noted that a better environment could make many people stay in Nigeria.

He recalled that at the time he established the bank in 1990, the level of brain drain to the United States and the United Kingdom was so high that the military regime of General Ibrahim Babangida (retd.) sponsored commercials tagged, ‘Andrew checks out’, to discourage people from leaving the country.

Ovia, who was the guest speaker at the fifth edition of the CFA Society Nigeria Quarterly Leadership Series held virtually, stressed that many Nigerians were leaving to seek more rewarding jobs and take advantage of the work-study opportunities abroad. The theme of the programme was ‘The role of the private sector in driving economic growth’.

Responding to a question on brain drain and his motivation for establishing Zenith Bank when he did, he stated, “In 1990 when we started Zenith Bank, Gen Babangida was the Head of State. If you talk of brain drain, a lot of Nigerians left the country for the United States. Is it as bad as what we have now? I do not have the accurate statistics but many left.

“It was to the extent that the military government did a paid advert on the NTA to discourage Nigerians from leaving. It had to do with the advert called ‘Andrew Checks Out’, where a young man carried like a briefcase on his shoulder and rained all kinds of abuse on the country, that there was no water, electricity and Nigeria was everything bad. He was telling his friend that he had to check out. So, we used to call it ‘Andrew Checks Out’.

“Now, the government is not even coming up with any advert to discourage the youths from checking out like we had at that time. Are we saying more are checking out now, compared to what we had then? I don’t think so; it’s been like this.”

Meanwhile, he said the fact that thousands of Nigerians, including medical doctors, nurses, IT professionals and many others, migrated abroad and continued their practice was a testament to the quality of education offered in Nigeria.

“This means Nigeria’s education and training are super good,” he added. “Were they not good, they (Nigerians) wouldn’t be able to go to the UK and US to get jobs.”

The President, CFA Society Nigeria, Ms Ibukun Oyedeji, while acknowledging Ovia’s contribution to the society, said the programme was to feature professionals with a track record of notable achievements and had contributed significantly to the growth of the respective economies.