Why I Endorsed Tinubu – Lagos CAN Chairman - UPLOADMOON
Skip to content 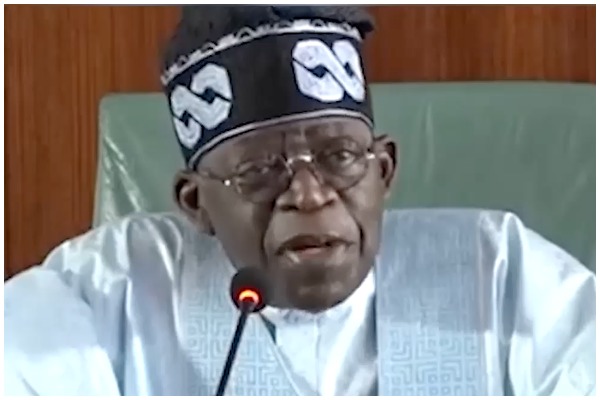 The chairman of the Christian Association of Nigeria in Lagos State, Stephen Adegbite, on Tuesday, added a fresh twist to the endorsement of the presidential candidate of the All Progressives Congress in the 2023 election, Asiwaju Bola Tinubu, saying he did that on his own.

The controversy came with about two weeks to the expiration of his tenure as Director of National Issues in CAN.

Adegbite, whose endorsement had divided Christians and the five blocs of CAN, did not however deny his action.

The clarification was contained in a statement by his Special Adviser (Media, Public Relations and Strategic Communications), Oladapo Daramola.

He said, “Dearly beloved, it’s quite possible that you have read a story published by Blueprint Newspaper, a national daily, where the Chairman, Christian Association of Nigeria, CAN, Lagos State, Rt. Rev. Dr. S.T.V Adegbite, was quoted as saying ‘God’ll punish us if we don’t support Tinubu – Lagos CAN.’ I can reliably inform you that this headline is not only misleading but totally out of context. This is not a damage control but setting the records straight.

“As a trained journalist, the first thing I did was to look at the by-line and in doing so, I realised the story was lifted from an online media platform called Trek Africa Media. So it wasn’t a report that came from Blueprint Newspaper, but one they published with some recklessness.

“The name credited to the story is Oki Samson, and at 18:55pm on Monday October 17, 2022, I had a phone conversation with him to know what exactly transpired and what factually was said during the interview. He confirmed to me that he was also shocked when he saw the headline cast by the Editor and was amazed at the twist.

“He said the Bishop went down memory lane at a programme organised for Senator Oluremi Tinubu, the federal lawmaker representing Lagos Central Senatorial District, somewhere here in Lagos over the weekend and while reminiscing, he spoke about how his personal relationship with Asiwaju Bola Tinubu has grown over the last 23 years and what the former Lagos State Governor has done for Christianity in Lagos State.

“At the end of his narrative, he said and Oki Samson quotes ‘God will not forgive me if I do not vote for Tinubu.’

“Clearly, the aforementioned was said in his personal capacity and premised on his wonderful relationship with Asiwaju Bola Tinubu. He was not speaking on behalf of Christians or as the chairman of CAN in Lagos. The Bishop is quite mindful of his position of trust as the leader of Christians in the state and would never speak loosely or anything close to that.

“The writer of the original story has promised to tell the story as it was gathered and this will be shared as soon as it is done. But please accept this as the fact and kindly ignore whatever was published in the Blueprint Newspaper or what has been shared so far. Many thanks.”