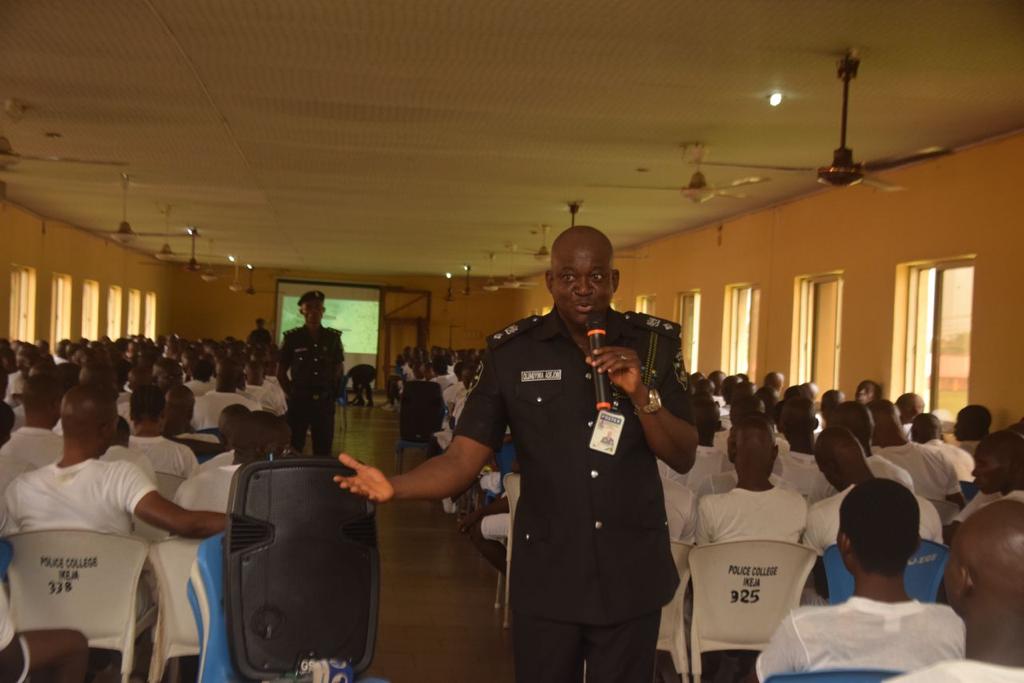 The Nigeria Police Force has lectured its recruit constables on the need to adhere to its social media policy, which prohibits sharing unapproved activities with the public.

The Force Public Relations Officer, Olumuyiwa Adejobi, who lectured over 700 recruits at the Police College, Ikeja, on Monday, reaffirmed the need to adopt Public Relations to boost policing strategies.

This was contained in a statement signed by Adejobi on Tuesday and made available to The PUNCH.

It partly read, “The Force PRO, who lectured over 700 recruits at the Police College, Ikeja, confirmed the directive of the Inspector-General of Police, IGP Usman Alkali Baba, psc(+), NPM, fdc, CFR, that the lecture on PR and Social Media Policy be replicated in all colleges and training schools across the country with a view to catching the new officers young and drawing their attention to the doctrines, ethics, and values of policing that are critical to their efficiency, service delivery and improved security in Nigeria.

“The Force PRO, however, warned the recruits to be of good character as worthy ambassadors of the Nigeria Police, even as they are preparing for their passing out from the training college into mainstream policing, and to acquire the necessary capacity for a laudable and commendable election security management of the 2023 General Elections.

“In addition, the Force PRO reminded the recruits of the need to adhere strictly to the provisions of the Nigeria Police Force Social Media Policy, which guides Police personnel on the use and regulation of social media platforms, as violation of the policy may cause them to face the wrath of the law.

“The Social Media Policy of the Force prohibits reckless and inappropriate use of social media platforms to promote indiscipline, unethical acts, and unapproved activities of police personnel, either on official or personal capacity.”