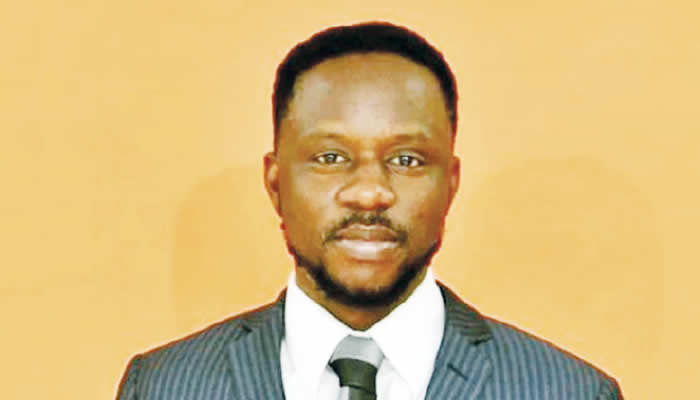 In a Twitter space monitored by SEGUN ADEWOLE, a contestant for the presidential ticket of the Labour Party, Joseph Faduri, reveals his grievances with the party and its standard-bearer, former governor of Anambra State, Peter Obi

Speaking during a Twitter Spaces session, Joseph Faduri lamented that since Peter Obi emerged as the LP presidential candidate, he had excluded him and his team from the party’s campaign strategy.

He said, “It’s unfortunate what is happening to the Labour Party and Nigeria right now. The press conferences and press releases we have been putting out have been causing a lot of chaos across Nigeria. It is not our fault. Obi and the LP brought this on themselves. They had five months to resolve this matter but chose not to resolve it. I am not a man that is being used by anybody or any party. And also, my team, Rescue Movement, can never be used by any political party.

“We are an independent and young generation that wants something new in our country. We want a country that can work for everybody. Obi belongs to the same generation of the Atikus and the Tinubus that we are saying that we don’t want but politics was played in Asaba and he claimed the ticket of the party. After that, we expected that he would show leadership but he never reached out. He never lent a hand of fellowship. He never brought us to the fold. He actually excluded us (my team and I) from everything he had been doing.

‘’A great example is the campaign list that just came out. No input was requested from us to say, “Okay, Father Joe my fellow contestant, these are things we need to do. Alright, if there are 10 or 20 people that can serve from your side, this is about service to our nation. So, bring them in and let us add them to the list. No single soul from our team was added to that campaign list.”

Faduri said what Obi will do as a leader in the future will be determined by how he handles the current crisis in the LP.

He said, “What he did when he was governor, I wasn’t there. His own people would have to be the ones to judge that. I cannot judge him. I cannot talk about his record. I can only say what he would do by judging what he’s doing now, how he’s handling the crisis and how he’s handling leadership. When you become the flag bearer of a party, you become the leader of that party. So, as far as our party is concerned, he’s the leader. So, what it means is that if there are aggrieved people in that party, it is his duty as the leader of the party to bring them together and say let’s come together. What are we fighting about?”

Lamenting that his team’s effort in the LP was hijacked, Faduri said Obi joined the party after discovering that he couldn’t outspend former vice president Atiku Abubakar in the presidential primary of the Peoples Democratic Party.

“We came together and we agreed to disagree but we had one focus, which was that we were going to have a new Nigeria void of corruption, void of poverty and void of everything that had been wrong with our country in the past years. So, along the line, we woke the Labour Party up and started pumping money into every aspect of the Labour Party, left, right and centre. In every state and every part of the country, we were on national TV, in national newspaper publications and campaigning with flyers and billboards.

“We were doing all of this, spending millions of naira and visiting royal fathers from the north to the south. It was just four days before the primary election when Peter Obi dumped the PDP and saw a viable party that he could come and hijack. I’m so disappointed today by so many people who are shouting ‘Obi no dey give shishi’ because I know how much Obi brought to the Labour Party. He could not outspend Atiku in the PDP and he came to the party to outspend me,” he said.

He further stated that after he was “forced to step down for Obi,” the party’s promise to refund the money he had spent so far was yet to be fulfilled.

“Up till now, no dime has been returned to me. I begged them… let me run in that election and lose. I would prefer to lose honourably than for you to force me to step down. Because if you force me to step down, then you will refund every penny I’ve spent. And they said yes,” he said.

He went on to reveal that Obi’s campaign team had been trying to divide his camp and steal his loyalists.

“I also saw Mr Peter Obi’s campaign team using divide and rule to reach out to some of my team members and use them as coordinators without reaching out to the principal. That is what we call divide and rule. Divide them and pick some people from his team to use them. But I have good people. Even when they were working for Peter Obi, a lot of them were still loyal to the cause because they know what happened, they know how we are being treated,” he said.

He said he could not trust Obi, adding that he had yet to see leadership in the former governor.

“If I cannot trust a man that I want to follow; how am I sure that when he gets there he will be the Messiah that we are all saying he’s going to be? That is the question. If a man cannot keep a promise, cannot keep an agreement, cannot show leadership and settle this matter within the five months that I have reached out; even some prominent political leaders in Nigeria reached out; I can’t mention their names. So, I have tried, exhausted every means to resolve issues and moved on to see how we can win this election but every effort I made was jettisoned by Mr Peter Obi and his team. It left me with no other choice but to come out. I’m not coming out to persuade anybody not to vote for him. I’m only coming out to say that I have not seen leadership traits in Mr Peter Obi. My personal opinion does not affect other people that will vote,” he said.

When told by a contributor that the Obidient movement enjoyed by the LP was because of Obi, Faduri reminded the audience that the movement metamorphosed from the #EndSARS movement, which existed before Obi joined his party.

He said, “The movement that is happening now is not an Obi movement but that of the Nigerian people and the movement started with #EndSARS. Let me put it that way. Nigerians were already tired and said in this election, they were going to do everything possible to do something different than vote for APC or PDP.

‘’So, that movement was already on the ground. During the time that we were doing primaries, the news was more on the APC because they had about 50 aspirants. So, even if some of us appeared on TV to talk about anything, you only heard about APC and PDP. Don’t forget that the same Peter Obi was once in the PDP and nobody was saying anything about him either. So, it wasn’t that Obi came to the Labour Party and blew everything up. No, it was a movement of Nigerian people, especially Nigerian youths.’’

However, Faduri said he was ready to work with Obi if only the party could reach out to him for the issues on the ground to be resolved.

He said, “I am still ready. I’m still ready to work with him. I just want them to do the right thing. I want to checkmate them to do the right thing. I’m not completely against Mr Peter Obi. I would simply pick him over Tinubu and Atiku but Mr Peter Obi needs to reach out and say no, young man, what are you going to do? I want to have a country. I want to have a beautiful country. But I can’t have a country where a leader has not shown leadership. I cannot spend close to N200 million and you expect me to just keep quiet.”