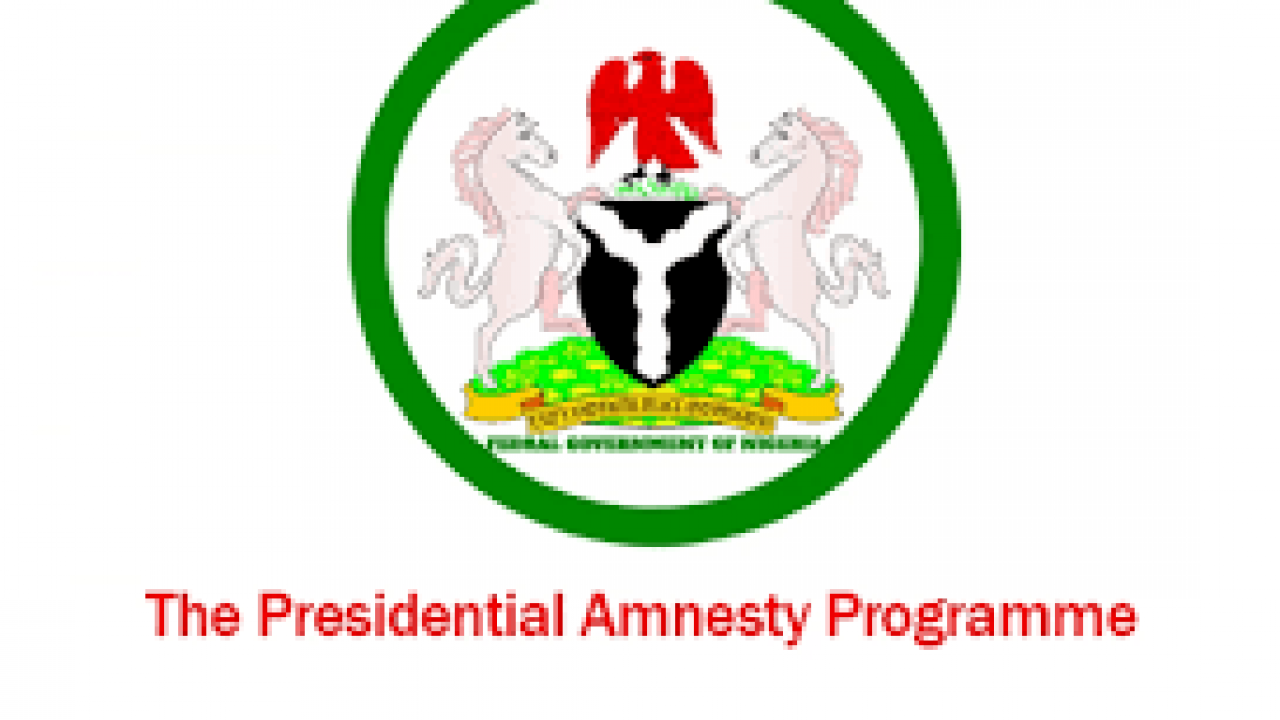 The Interim Administrator of the Presidential Amnesty Programme , Major General Barry Ndiomu (retd,), said the policy document of the amnesty programme shows that it was originally designed to end in 2015.

Ndiomu, disclosed this in a meeting with the King of Okochiri in Okirika, Rivers State, Ateke Tom. He explained that the scheme was extended by the Federal Government beyond its terminal year due to some developments.

He further said the PAP would not be abruptly terminated, assuring that he would constantly visit the oil and gas rich region.

Ndiomu’s meeting with  Tom, a former warlord and key figure of presidential amnesty scheme, was one of a series of engagements aimed at peace and confidence building in the region.

“The whole idea is to get them (stakeholders) to understand the fact that first of all the amnesty programme itself by name will end.

” It’s not intended to be an endless exercise. Originally as you will recall it was intended to be terminated in the year 2015. But for certain reasons of exigency it was extended beyond 2015.

“We need to also educate them on the need to focus more on the fact that there could be a terminal date at some point and we all need to work together towards that so we do not lose focus from the primary objective of the scheme which is in it self intended to terminate at some point,” he said.

Ndiomu, thanked the monarch for the warm reception accorded him and his team, even as he lauded him for his efforts in sustaining peace in his kingdom and the Niger Delta region.

The interim amnesry administrator assured the monarch that the Federal Government was committed to driving the rapid development of the region and called for support from everyone.

“I came to introduce myself as the new interim administrator and also to acquaint him of the general policy direction of the federal government as regards the amnesty programme.

“We were very well received, we listened to him, his needs and reservations that he expressed we will also move that to the authorities to let them know this was his reaction.

“He was generally satisfied and he is very willing to cooperate and work with us to ensure that the intentions of the government is fully actualised,” Ndiomu added