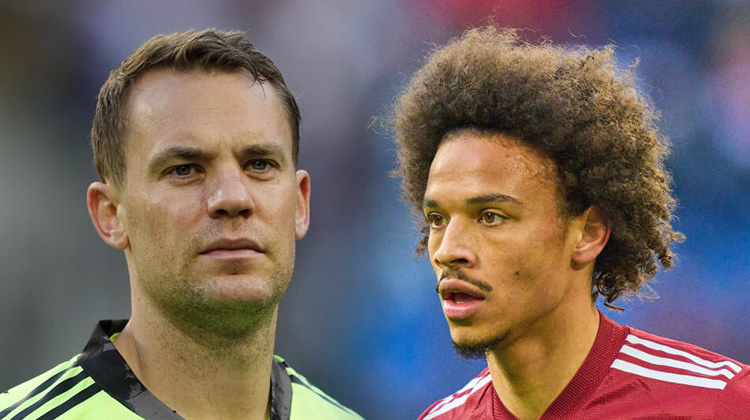 Neuer is still ailing from a shoulder injury and has missed Bayern’s last two matches, while Sane tore a muscle fibre in the 5-0 win over Freiburg on Sunday and is expected to miss up to three weeks.”Manu is still feeling some pain,” said Nagelsmann, reluctant to “walk the tightrope” of bringing him back too early. Nagelsmann said he hoped the Germany goalkeeper would return for the weekend’s clash with Hoffenheim.

“Every game that’s too early (can) lead to setbacks. Only (Neuer) can make the big decision. We won’t take any risks.”

Nagelsmann said the “annoying” absence of Sane, one of Bayern’s most in-form players, was uncertain.

“We don’t have much experience with this with him, because he rarely has muscular injuries.

Thomas Mueller is set to return from a back ailment – although he will start from the bench.

Nagelsmann said Mueller had “made immense progress from yesterday to today. He definitely won’t start. We’ll have to see how he reacts to today’s session. He will travel tomorrow and will be on the bench.”

Bayern, who have won the German Cup a record 20 times, were eliminated at this stage in the past two years, losing 5-0 last season to Borussia Moenchengladbach.