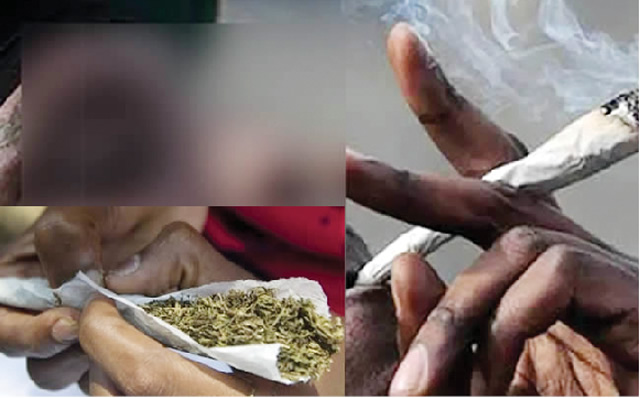 A 23-year-old artisan based in Iwo, Osun State, Abdulafeez Shorinmade, has said it is a voice that ordered him to stab two ladies in Kajola area of the town, shortly after he smoked Indian hemp.

While one of the victims died as a result of the injury she sustained after the attack that occurred on Wednesday, October 12, 2022, the other only sustained injury and was treated at a hospital in Iwo.

Abdulafeez, who is a barber, had used a pair of scissors to stab one Rofiyat Rasaki, aged 17, at Kajola area of Iwo, leaving her to bleed to death, before attacking another female teenager, Sawiyu Nasrup, at Soba compound before he was eventually apprehended.

The suspect, alongside five others, were paraded by the Osun State Police Command’s Public Relations Officer, Yemisi Opalola, on Tuesday. During an interview with PUNCH Metro, the suspect also said in their efforts to stop him from smoking Indian hemp, his parents took him to a church in Lagos for prayers.

“But instead of my matter to get better, it became worse. A spirit usually tells me to commit crime. Whenever I don’t smoke, the voice won’t be loud.

“But whenever I smoke Indian hemp, the voice will be telling me what to do and I won’t able to control myself. On that day, I just left mosque after prayers. I held my prayer mat and while going back to my shop, I saw a pair of scissors and broken bottles. I picked them.

“Few minutes later, I saw a lady going in front of me, I started trailing her. A voice was telling me that the lady hated men and because of that, I should attack her. I immediately ran forward and stabbed her.

“I did not know she died. Some minutes later, I attacked another girl but that one did not die. Since I was arrested, I no longer hear the voice,” Abdulafeez said.

Opalola said all suspects would be arraigned before appropriate court upon completion of investigation into their various crimes.