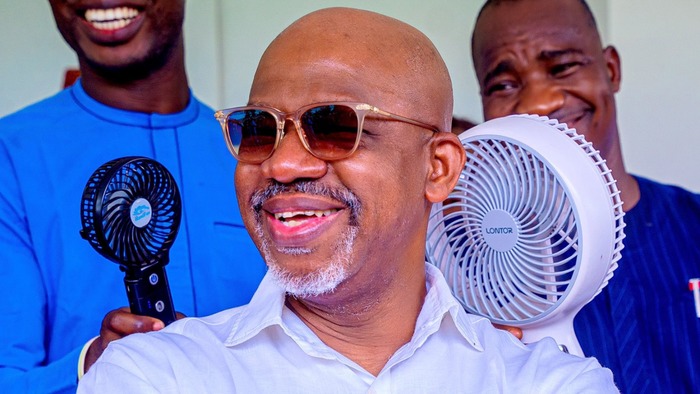 A group, Dapo Abiodun Continuity Agenda, has said its plan is to mobilise 200,000 votes to ensure the victory of the Ogun State Governor, Dapo Abiodun’s re-election bid.

The Convener of DACA, Mr Armstrong Akintunde, disclosed this in a statement on Tuesday.

The statement quoted him as saying this during an event which he addressed over 5,000 coordinators of the group at Iperu, Ogun State, adding that the governor had done fantastically well in the sectors of the economy.

He said, “DACA is established to give solid backup for our great party APC, and just recently, the national secretariat of our party gave us recognition as the one of party’s support groups.

“Obviously, we are out to ensure that Governor Dapo Abiodun returns to continue his good works. From Ogun East to Ogun West and Central, the infrastructural development is commendable and you really don’t disband a winning team.”

“So we are on ground to mobilise at least 200,000 votes for the return of Gov Abiodun and of course all party candidates, including our father, Asiwaju Bola Ahmed Tinubu, our next president by the grace of God.”

The Legal Adviser of the state’s All Progressives Congress, Isiaka Ojuroye commended Akintunde for his committed interest and huge investment in the success of the party

“As far as the 2023 elections are concerned, I want to plead with our coordinators to double up their efforts to return Governor Abiodun for another term and also ensure the victory for other candidates of the party including the party’s presidential candidate, Asiwaju Bola Ahmed Tinubu,” he said.