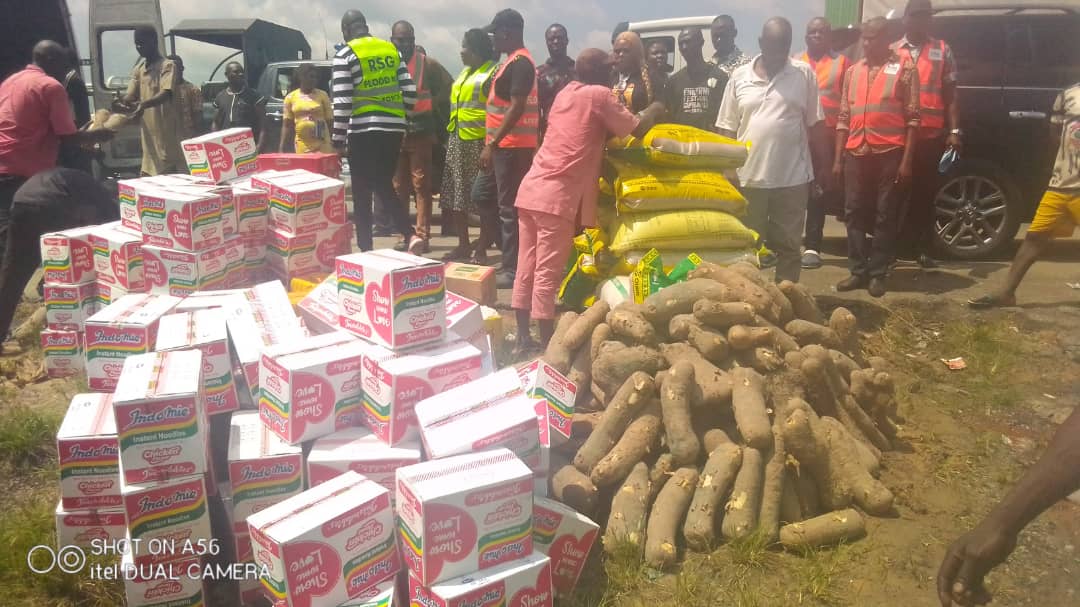 The Rivers State Government has begun the distribution of relief materials to victims of the floods stationed at Internally Displaced Persons camps in Ahoada East and Ahoada West Local Government Areas of the state.

Chairman of the state task force on flood management, George Nwaeke, while addressing the victims, said they were at the camp to provide succour to the victims in line with the promise of the Rivers State Governor, Nyesom Wile.

Nwaeke, also the Permanent Secretary of Special Services in the office of the Secretary to the State Government, said aside from the food items given to the victims, the state government also brought health and environmental officers who will be stationed at the camp to carry out check-ups and attend to health needs of the victims.

Nwaeke stated that providing palliatives to the flood victims was a continuous process, as Wike was concerned about the plight of the people.

He advised the camp coordinator to ensure the food items were evenly distributed amongst the IDPs while urging the victims to live in unity and harmony.

Nwaeke said,” Some three days ago, we were here to see you, we saw what the people were passing through. We promised to come back, and we are here now.

“We went back and quickly came back to bring a little succour by way of foodstuffs and other medications for you.”

Speaking, the Chairman of Ahoada East Local Government area, Ben Eke, assured the people that there would be adequate security in the camp to ensure persons’ safety and the items’ distribution to the affected persons.