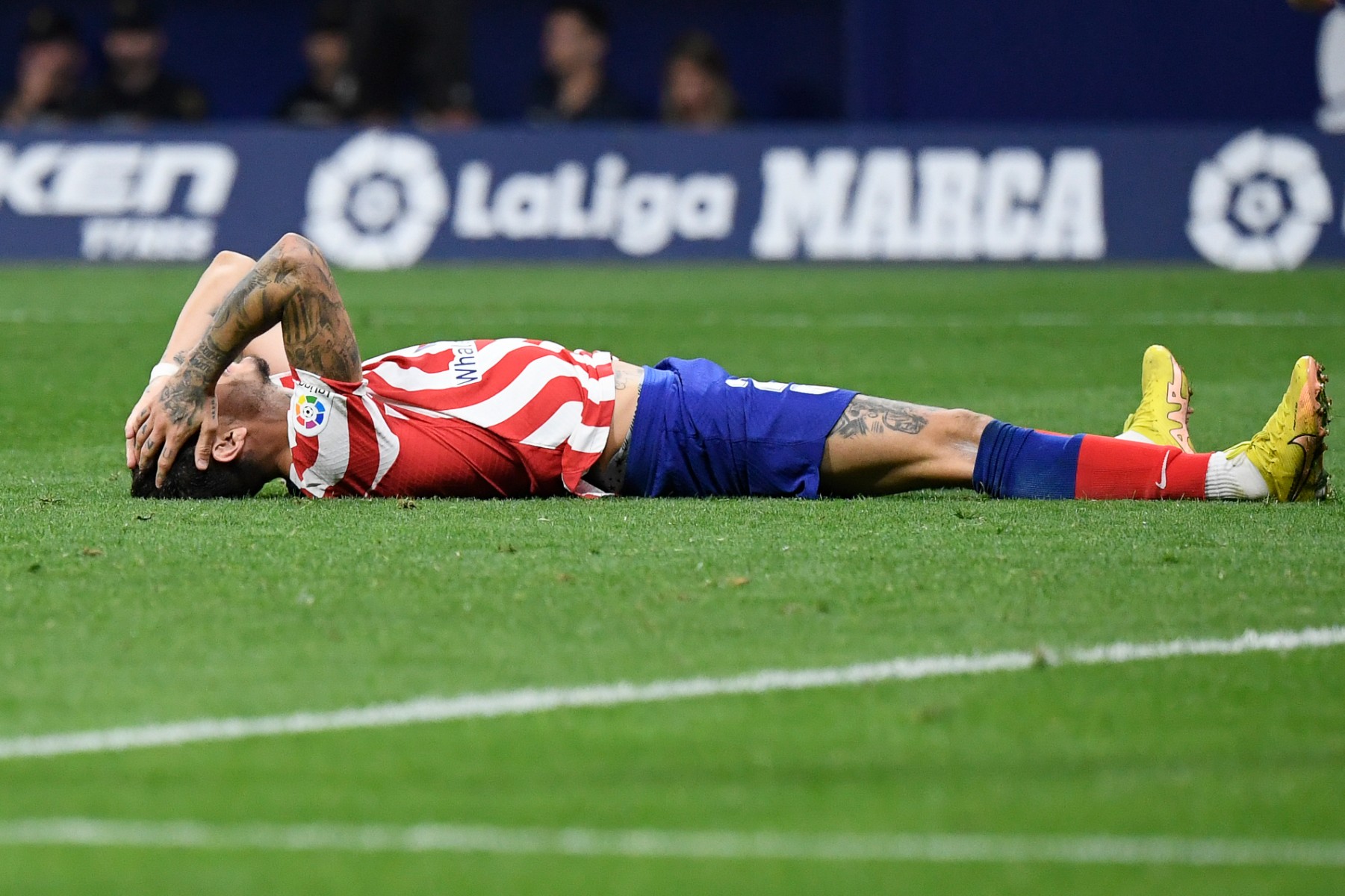 Former Atletico Madrid striker Radamel Falcao earned Rayo Vallecano a 1-1 draw against his old side in La Liga with a 92nd-minute penalty on Tuesday.

After the break, the hosts had their backs to the wall at the Metropolitano and weren’t able to finish their chances on the break. The pressure eventually told when Jose Gimenez handled in the box.

“We had good chances to score the second and kill the game off, but we didn’t score,” Atletico coach Diego Simeone told Movistar.

The Rojiblancos broke the deadlock in the 20th minute when Antoine Griezmann won the ball high up the pitch and crossed for his strike partner Morata to finish consummately. The France forward was impressive again and seems to be returning to his best level.

Pathe Ciss headed wide from six yards early in the second half as Andoni Iraola’s team battled to find the equaliser, and substitute Sergio Camello flashed a shot just past the post.

The lively striker, on loan from Atletico, nearly set up Falcao to score but Ivo Grbic saved and Gimenez managed to hack the ball away.

Griezmann fired home at the other end but the goal was disallowed for a tight offside and Matheus Cunha had a shot saved from a tight angle as Atletico rediscovered some attacking impetus.

However, when Gimenez handled a Rayo header in stoppage time they surrendered the three points. Falcao, who played for Atletico between 2011-2013, slammed the penalty into the top corner.

“It leaves a bad taste in the mouth,” grumbled Morata, after the referee checked the penalty incident on the pitchside VAR screen.

“I don’t understand anything. When things happen to us, they don’t look at it and when we’re defending in our box they look at everything.”

Elsewhere Ernesto Valverde’s Athletic, now sixth, were unable to pull themselves back into the top four as they drew 2-2 at Getafe.

Valencia captain Jose Gaya missed a late penalty amid a chaotic finale as Sevilla held the visitors to a 1-1 draw.

Sampaoli was not able to build on his first win since replacing Julen Lopetegui at the helm, but will be happy with a point as Valencia blew the chance to snatch all three in stoppage time.

Edinson Cavani sent the visitors ahead with a firm header from Dimitri Foulquier’s deep cross in the sixth minute.

Valencia goalkeeper Giorgi Mamardashvili made two stunning saves in quick succession to deny Rafa Mir, first twisting to tip over a vicious strike, then clawing away a header. Sevilla kept pushing in the second half and Nemanja Gudelj headed against the crossbar.

Both sides were guilty of heavy challenges but it created a chaotic, aggressive contest, amid which Sevilla eventually found a leveller through Lamela. The former Tottenham midfielder finished at the back post after a corner was flicked on.

The drama wasn’t over -– far from it. Sevilla’s Papu Gomez was sent off late on for hacking down Justin Kluivert just outside the area as he ran through on goal, but the red card was cancelled and shown to Kike Salas instead.

The young defender had shoved over Thierry Correia in the moments after Gomez’s foul when advantage had been played, so the referee awarded a penalty.

“I have no idea what was going on at the end,” admitted Sampaoli.

“We could have won, and we almost lost, but I’ll remember the conviction we played with, that was what Sevilla did best.”

The result leaves Sevilla provisionally 11th and Valencia in eighth.