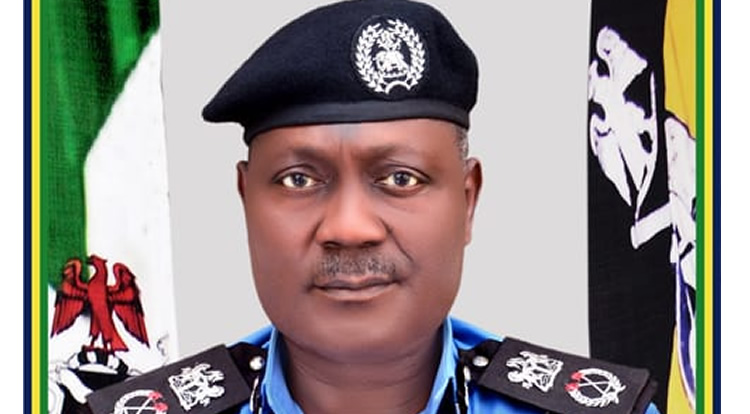 The police in Ebonyi, on Monday, faulted the alleged kidnap of the senatorial candidate of the Labour Party for Ebonyi South Zone, Hon. Linus Okorie, on Sunday, by suspected gunmen.

Okorie was reportedly kidnapped on Sunday morning, while driving out of his Abakaliki residence to the Onicha Local Government Area of the state, where he was to have a meeting with his supporters.

His whereabout was uncertain throughout Sunday until news filtered in on Monday morning, that he was arrested by members of the Ebubeagu Security Outfit in liaison with the National Drug Law Enforcement Agency, over alleged illicit drug dealings.

But, on Monday morning, the NDLEA State Commandant, Iyke Uche, denied ever knowing the whereabouts of the former lawmaker, saying the agency neither met him nor arrested him.

However, the Ebonyi Police Command, on Monday, insisted the LP chieftain was rather arrested on the grounds of his illicit drug involvement in the state, saying he was neither kidnapped nor abducted.

The command’s spokesperson, SP Chris Anyanwu, said this in a statement.

“Police detectives were briefed on why he was arrested which includes; his activities and utterances that incited and provoked the violence that engulfed Onicha LGA which led to suspected IPOB/ESN operatives or unknown gunmen to unleash mayhem in the area, leaving seven persons dead at the end of that fracas. Hence, the case has now been taken over by the police command for preliminary investigation.

“Secondly, Hon. Linus Abaa Okorie was severally invited by the Security and Intelligence Bureau of the command over a petition dated 23/3/2022, authored by The State’s Attorney General/Commissioner for Justice, alleging that he was spreading fake news against His Excellency, Engr. Dave Umahi, accusing the governor of illegally withdrawing N6.7b from state government’s account to fund the Appeal Court judgement against his removal from office, etc.

“Similar to the above is another series of false allegations against the government of Ebonyi State and the police command in his social media handles.

“When invited by the SIB over the false allegations/petition, Hon. Linus Abaa Okorie, in his characteristic pompous manner refused vehemently to report to the SIB for a chat. Rather he chose to file fallacious suits against the police command.

“It is also pertinent to mention that Honourable Linus Abaa Okorie also has a pending case in which he is implicated in a drug-related offence where the suspects purported to be his agents were arrested for hard drug sales and use at his City Hub Inn, Mile 50, Abakaliki. Case was later transferred to the NDLEA for further necessary actions.

“The Commissioner of Police, Ebonyi State Command, CP Aliyu Garba, therefore makes it categorically clear that Honourable Linus Abaa Okorie was neither abducted nor kidnapped and warns that people should desist from painting pictures of insecurity in the state by propagating unfounded rumours.”

Meanwhile, the Ebonyi Chapter of the Peoples Democratic Party, has said the state police command was compromised in its statement over the alleged kidnap of a former House of Representatives member and Labour Party senatorial candidate for Ebonyi South Zone.

The party faulted the police and said its defense of the Ebubeagu Security Outfit, signaled danger for the residents ahead of the 2023 general elections, in the state.

The chairman of the party in the state, Barr. Silas Onu, said this in a statement on Monday.

The statement read, “When the APC militia Ebubeagu commits a crime and are exposed by the masses, the Ebonyi State Police Command creates a cover-up for them by claiming that arrest was made and handed over to them. That is after the victim has been dehumanised by Ebubeagu. Police even goes further to threaten citizens for crying out.

“This is a well scripted strategy to kill the people of Ebonyi over 2023 election. The police is not neutral, they have taken sides with APC. No one is safe anymore in Ebonyi as Ebubeagu now performs the functions of police 100% in Ebonyi State.

“The police is now the second responder in tackling crimes and criminalities. They are now incapable of tracking down those they wish to arrest. It is now the very well equipped and highly professional militia wing of the APC that does all the police detective and arrest jobs and then hands over to the main police who have surrendered their duty to politicians. If this is a good development, time shall tell.

“Any physical attack, unlawful arrest and acts of enforced disappearance that will occur in Ebonyi State in the build up to the 2023 general elections can only be carried out by the state government through its militia Ebubeagu arm. Sadly, it seems like the Ebonyi State Police Command has become complicit in the planned annihilation of Ebonyi people.

“All we can hope for is that the people will defend themselves as we continue to call on the Federal Government to intervene in Ebonyi State before it becomes a lawless state.

“The press statement by the Ebonyi State Police Command is nothing but a confirmation of complicity and connivance with Ebubeagu. God help Nigeria, especially Ebonyi State.”