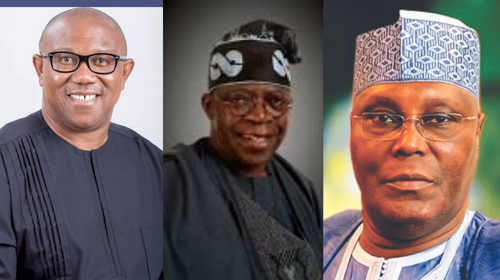 The Arewa Joint Committee, which interacted with some presidential candidates on Monday, said that the exercise was not meant to endorse any particular candidate for the forthcoming election.

However, Kwankwaso failed to turn up for the event, saying he chose not to participate, while alleging that the Arewa Joint Committee had endorsed their preferred candidate.

But the leadership of the Arewa Joint Committee, dismissed the claim, declaring that the exercise was never intended to endorse any presidential candidate.

The Chairman of the Joint Committee, Mallam Murtala Aliyu, also the Secretary- General of the Arewa Consultative Forum, insisted at a media briefing in Kaduna on Tuesday that the interaction with the various presidential candidates were not for endorsement.

Aliyu explained that the exercise were part of the plan to generate commitment to address the challenges of the region by candidates.

He said, “These interactions, in themselves, were not planned with the goal of endorsing a candidate. They are part of a longer process that plans to generate commitments to address the challenges of the North by candidates, and which covers a substantial part of the campaigning period.

On the Atiku’s ethnical comment, the Arewa Joint Committee chairman argued that the PDP presidential candidate was in the best position to clear the air on the matter.

“Only Atiku could clear himself about comment on Igbo, Yoruba presidential candidacy. We asked questions to which he responded, so we are not in a position to react to his comments in Arewa House,” he said.

The Committee Chairman said, “We are grateful to the candidates who honoured our invitation and who showed respect to public opinion and the Nigerian voter by submitting themselves to the most intimate scrutiny by Northern elders and other groups, the media and the public.

“These interactions, the first of their type in the history of our country, have been a tremendous success.

“First, they demonstrated the strong bonds of unity of the people of the North, represented by the collaborating groups, and our unquestioning commitment to the search for the best quality of leadership out of the many candidates who want our support.

“Second, they showed a commendable level of respect for the democratic process by the candidates who submitted to the process.

“Third, they afforded Nigerians a rare opportunity to see and hear candidates speak about their plans and vision.”