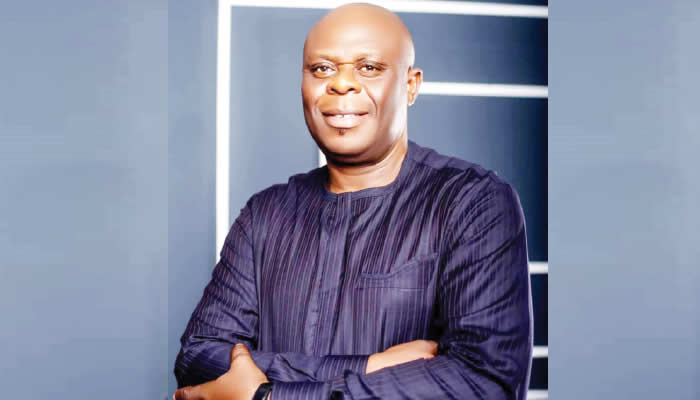 Professor Lawrence Chukwu, a chieftain of the All Progressives Congress in Rivers State and candidate for Obio/Akpor Constituency 1 in the State House of Assembly for the 2023 poll, in this interview with DENNIS NAKU, speaks on the recent hobnobbing of some South-West APC governors and party leaders with Rivers State Governor, Nyesom Wike, among other issues

How prepared is the APC in Rivers State for the 2023 elections?

I attended Government Comprehensive Secondary School; our motto is Semper Paratus, meaning “Ever Ready.” The APC is ever-ready for 2023. In the 32 constituencies of the Rivers State House of Assembly, the 13 Federal Constituencies, the three Senatorial Districts, and for the Governorship, we are ever ready to clinch Rivers State.

The ruling PDP government in the state took almost all other parties in the state, including the APC, to court over alleged violations of the new Electoral Act. What does it mean to you?

What it means is that the governor and his party are as afraid as ever. They are always afraid, and they will continue to be afraid to confront other parties for elections, more especially the APC. The reason why they do not want any other political party, more especially the APC, to be on the ballot is that they don’t want to be exposed. They have bragged severally that there is no APC in Rivers State. In fact, there is no opposition in Rivers State; and they have done so well that no party can compete with them; yet you are afraid of confronting other parties in elections.

Is it because they don’t want to be exposed that made them drag other parties to court over nothing?

In 2019, the APC had no councillor, no House of Assembly candidate, House of Representatives, Senatorial and governorship candidates. They went to court and barred us from contesting.

So, that is why they are going to court: because they do not want to be exposed because they have bragged so much.

What is the state of the case between the PDP and your party?

Even though I am not a lawyer, for the National Assembly candidates, they know the antecedents of the Judge (Hon. Justice Stephen Daylop-Pam of the Federal High Court, Port Harcourt) handling the matter and sincerely asked him to recuse himself from the matter because they don’t have trust in him based on his antecedents and relationship with the Governor of Rivers State. He was called to the bar in the same year and in the same class as the governor.

Again, based on the past judgments he has given, all are in favour of the governor, and the people say please recuse yourself from the matter; whether you rule in our favour or not is not what we are talking about. You are already a biased person, so please recuse yourself, and he refused.

You know they (PDP) went to court on two grounds: that we (APC) violated the Electoral Act, and on the other hand, that the governorship candidate has a case pending, which they (Rivers) have shamefully withdrawn. They have no case.

Then, for the 32 House of Assembly candidates, the Judge has heard our case and has reserved judgement for a date that will be communicated to all the parties.

How prepared are you to win Obio/Akpor Constituency 1 in the next election?

I am prepared, and I will win Obio/Akpor Constituency 1. Note that the Governor of Rivers State, Nyesom Wike, is from Obio/Akpor, so, we are from the same local government area.

I was his vice chairman when he was chairman of Obio/Akpor LGA. I am telling you here today that I will win Obio/Akpor Constituency 1, and I am here to tell you that APC is on the ground here. I will win, and so will other APC candidates.

At a recent meeting led by the APC National Vice Chairman, South-South, Chief Victor Giadom and his executive with leaders and candidates of the party in the state, most of you expressed anger at the way some South-West governors and Bola Tinubu are hobnobbing with the Rivers State Governor. Why is that?

That is a good one. Let me now describe the nature and character of criminal APC members in Rivers State. The APC, Rivers State chapter, had 69 delegates to the presidential primaries. I was one of those 69 delegates. We went to Abuja and 69 of us voted for our leader, Rt. Hon. Rotimi Amaechi, during the primaries.  No single vote went out. And we remain one state so that no other aspirant talks to us except the Vice President, Prof. Yemi Osibanjo, who visited us here and spoke with us. The reason is that Rivers State delegates, and Rivers State APC members cannot be penetrated. We are a group of people who will never be bought by any emotion.

Now, we went into those primaries, and our leader, Rt. Hon. Amaechi came in second, and Asiwaju Tinubu won.

And as party men, we took it in good faith because it wasn’t a do-or-die affair. Our leader came back to Rivers State, addressed all of us, and told us to work for the party; we should work for Asiwaju Bola Tinubu and all the candidates of the APC.

In fact, we began consultations with our people and communities about how to vote for all APC candidates, including Tinubu, because he is one of our candidates. We are party men and women. We don’t indulge in anti-party activities.

Now, the reason we are dissatisfied with the alleged hobnobbing of some of the South-West governors and others who have come to Rivers State, either to commission projects or to romance with Nyesom Wike, is that they cannot know Rivers State better than those of us on ground here.

Now, the South-West Governors, including Dr. Kayode Fayemi, arrived in Rivers State without even asking or calling Rt. Hon. Rotimi Amaechi, our leader. Not even a call to Tonye Cole, who is our governorship candidate. Not even a call to the party chairman, or to say, “Let’s find out how these people are doing. They will just come and go, including Dr. Fayemi, who, in 2014, Amaechi went to Ekiti State to help him win his election, which wasn’t easy because the Federal Government grounded his plane. And you have the effrontery to come to Rivers State, where he knows the APC is on the ground. Where you know that the man you have come to visit is an arch-enemy of the party, and he thinks we will be happy with him. They think we will be happy with them.

For our presidential candidate, Asiwaju Bola Tinubu, anybody can visit him. We are not angry with him. But the thing is, he (Tinubu) would have summoned these people who come to Rivers State to do all this nonsense. I call it rubbish because the Rivers APC is not a party that anybody from the national level can toss around because we have seen the worst. The worst was when the party at the national level betrayed us in 2019 and sold us out through the legal adviser. The fact that we were not on the ballot then was not just because of Nyesom Wike and his PDP. It was because of our national party. They sold us out.

As far as I am concerned, he has achieved little. Are you aware that the cost of one of the flyovers will construct a road from Port Harcourt here to Kalabari Land?

What do I mean? Go to Sani Abacha Road in the government-reserved area; you dualise Abacha Road down to Agip; from Agip, you cross the bridge to Nkpo, Rumuolumeni; and from Nkpo-Rumuolumeni, you cross over to Ogbakiri.

And by the time you get to Ogbakiri, you channel the road onto the East-West Road. You dualize the road down to Kalabari Land from Ogbakiri Junction, and down these bad Kalabari Roads where people are kidnapped every day.

Why not allow that school to go on and get another place to build that campus?

I give him 25 per cent because he has not done much about primary healthcare in the state.

So, in terms of human capital development and empowerment, Zero. Civil servants have been promoted since he came on board as governor, not to talk of the training and retraining of primary school teachers. There are some schools you go to in this state that have only one or two teachers.

So, if you look at all the indices of human development, you will see that he has performed abysmally low in the midst of humongous allocations.

It was during his tenure that the money the state government used in constructing federal roads during the tenure of Rotimi Amaechi, about N78bn, was refunded. We are not talking about Paris Club refunds and all that.

Rivers State has money, which is why, just last week, he could afford to go and donate N500 million to the body of benchers. How has he treated the pensioners and others?