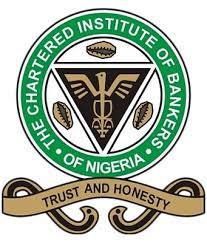 The Chartered Institute of Bankers of Nigeria has inaugurated a Bankers Hall at the Federal Polytechnic Nasarawa to strengthen banking and finance education in the country.

It said in a statement that the state-of-the-art edifice is one of the six model projects across the six geo-political zones endowed by the institute. The Federal Polytechnic Nasarawa was chosen based on its record as the best-performing tertiary institution in the CIBN linkage programme in the North central zone.

The ultramodern edifice which serves as a lecture theatre, demonstration class and multipurpose centre was commissioned by the Emir of Nasarawa, who was represented by the Ubangarin Nasarawa, Dr. Dalhatu Jibril Usman

In his remarks, the President/Chairman of the CIBN, Dr. Ken Opara, congratulated the Federal Polytechnic Nasarawa for emerging as the best linkage institution in the North-central zone, an accomplishment which afforded the institution the rare privilege of being the beneficiary of the institute’s legacy project in the zone.

“It also gladdens my heart to note that the linkage collaboration which was consummated between our institute and the Federal Polytechnic, Nasarawa on November 27, 2012.”

“During the tenure of then Rector, Dr. Pius Salami, who was a former member of the CIBN governing council is waxing stronger and this very building being commissioned today, is a clear testimony and convincing evidence,” he said.

According to the statement, this was the fifth legacy building to be commissioned by the institute this year, in five geo-political zones.

However, it added, the project was the first he would be commissioned in his capacity as the president/chairman of council of the CIBN.

The Rector of the Polytechnic, Dr. Abdullahi AAhmed, in his speech lauded the CIBN for its gesture in building a legacy project polytechnic.

The rector described the CIBN as an organisation that had shown uncommon commitment to the advancement of banking and finance education in Nigeria, adding that the donation of the Bankers Hall was a gesture that was noble because it aimed at uplifting educational standards.

He pledged the commitment of the polytechnic towards the maintenance of the edifice for the sake of posterity.